Fans of New Zealand history, NZ Classic Cars, Australian plus American Classic Cars, and memorabilia are in for a treat with John Stewart’s stunning private collection available for group viewings. See for yourself what a lifetime of passion for cars, and a total commitment to perfection, can produce. Stewart’s Wairakei Road property also boasts an impressive garden and wedding venue.

His 1958 Chevrolet Impala Convertible is so rare that John gets regular calls from people in the US eager to buy it. He believes it’s the only one of its kind in the country. The glittered steering wheel on his 1961 Dodge Pioneer is a personal favourite of John’s and a must-see.

The collection contains cars that have played a role in New Zealand’s history such as a beautifully-restored 1947 black Chrysler, which formed part of the New Zealand Government fleet at the time. There’s also a sign-written Holden Kingswood from the 1974 Commonwealth Games, which were held in Christchurch.

Stewarts Classic Cars are displayed among thousands of items of memorabilia including vintage children’s toys, bikes, trikes and pedal cars, and a plethora of other Kiwiana and transport-related items.

The dream of one man. His goal, his determination, his results.

John has been collecting cars since he was 15-years-old. He has dedicated his life to his collection. John still has his first car bought at the age of 15, which is a 1948 Ford V8 sedan in original condition.

John Stewart has spent a lifetime chasing down and restoring a stunning array of classic cars.

A 1948 Ford Mercury he first bought at age 19 is among his prized possessions, along with a 1962 Chevrolet hardtop which is similar to his family car growing up.

“My parents had 12 kids in 12 years so we all piled into that car, wherever we could fit.”

Although many classic car collectors buy cars and use them to trade up, John prefers to hold on to them. He has been known to wait years for the right car to come up for sale.

He says people ask how he has managed to afford it.

“I would sometimes wonder how I was going to put food on the table and pay the bills, but it just made me work harder. I worked 80-90 hours a week. I was working twice as hard as most of my friends and earning twice as much. I did that for 30 odd years and now it’s time to sit back and enjoy it.”
John Stewart’s attention to detail is one of his trademarks.

“The minute I buy a car I start putting it back to original condition as much as possible. I have as much fun hunting up the bits and putting them back to the way they should be, as anything else.”

Tour guide and car-groomer Alan Gibson has this to say of John Stewart: 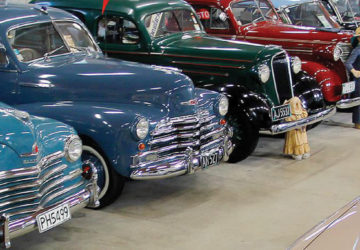 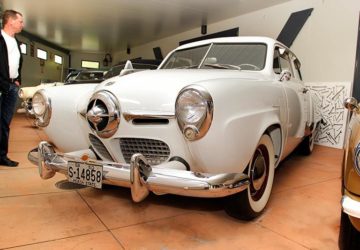 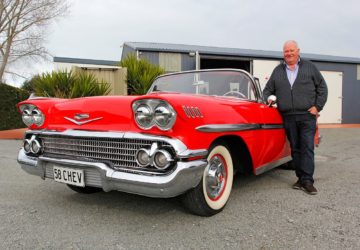 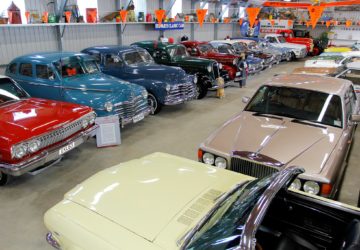 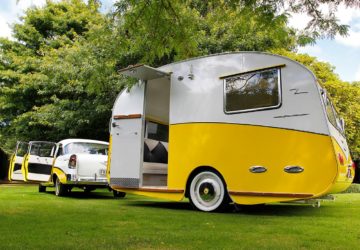 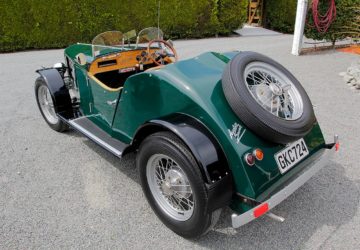 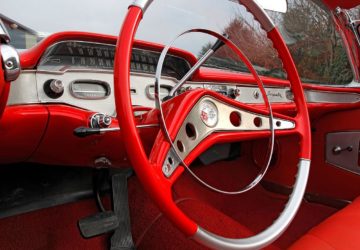 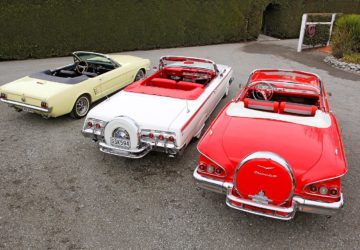 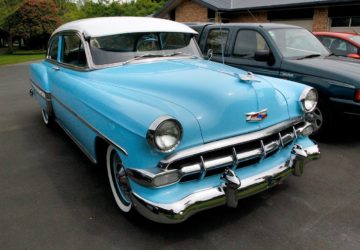 Cars are available for sale, with owner by negotiation.